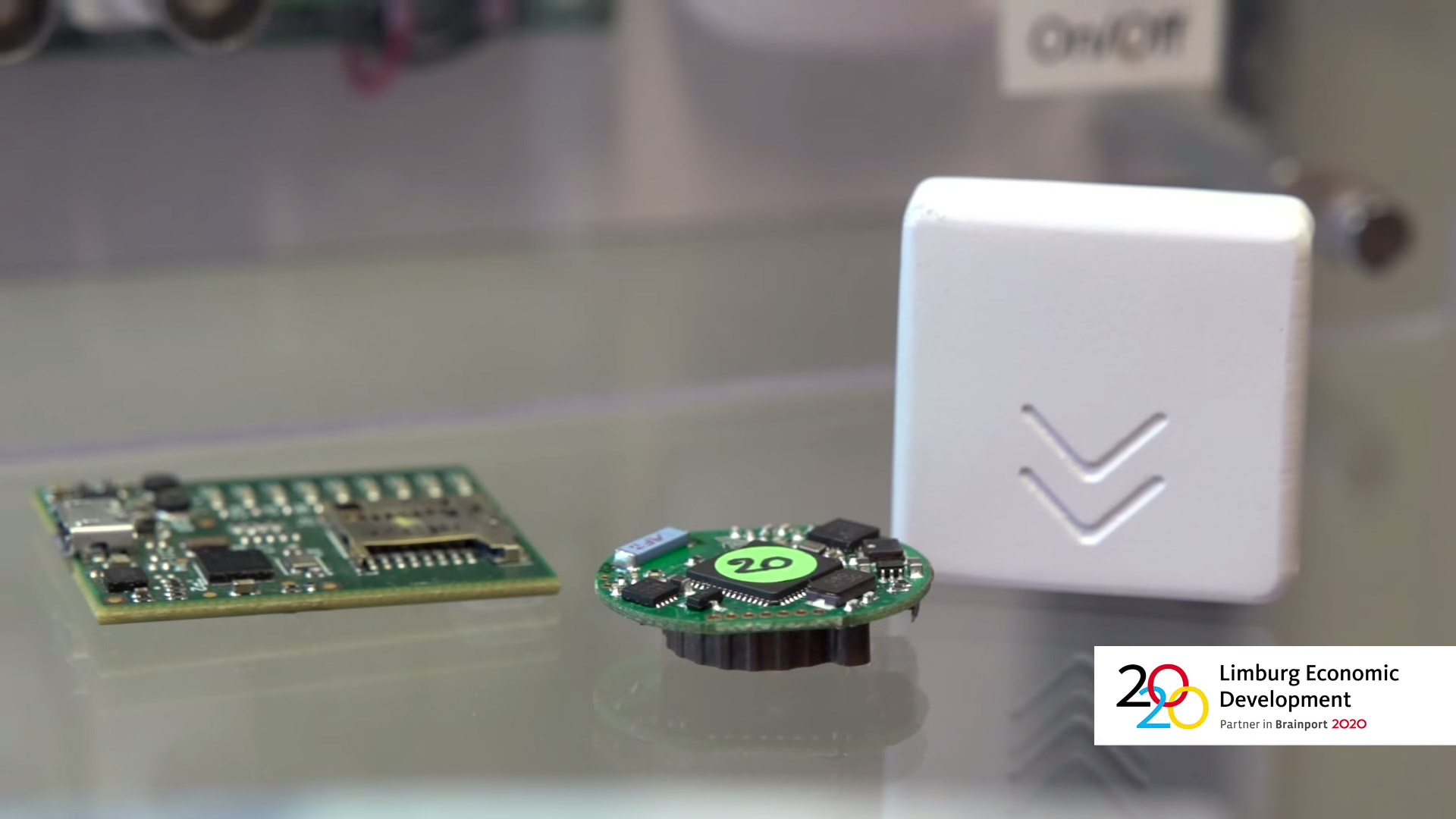 The business opportunities for the wearable MOX Activity Sensor were explored in the program SME Roadmaps (MKB Roadmaps). Freek Boesten, Business Developer at Maastricht Instruments explains: “The MOX is a miniature activity sensor that can be worn on the body. This wearable measures the physical activity of a person. Several medical and health related applications have been developed with this sensor. For example, the sensor is used to objectively measure the effects of rehabilitation and physical therapy programs. The sensor has also been applied in a self-management application that provides coaching and feedback to chronically ill patients with diabetes and COPD. The combination of sensor and coaching service significantly improves the amount of physical activity of this patient group. This wearable concept can become a game-changer in the care process. A businessplan for the wearable sensor technology has been developed in the program SME Roadmaps. Currently we are investigating the possibilities to market this technology in a startup SME together with entrepeneur Kay van der Mierden.”

The wearable sensor market is rapidly expanding. One of the first players in this field, consumer electronics company FitBit, recently went IPO and is reported to raise $732 million, at a market value of $4,1 miljard. After several concepts were launched by Crowdfunding initiatives and big players such as Nike and Samsung, the wearables market is becoming more mature. With an average price of $309,- most wearable applications are well positioned to attract a large customer base. The concept of “wearables” provides health & care companies with new opportunities to tap into the Internet of Things (IoT) and connect to their customers. Sharing a person’s health data allows companies and care providers to efficiently target their (care) services to people who need them, when they need them. This new way of working is enabled by wearable sensors and mobile health applications.

Maastricht Instruments is a wearable sensor development company that helps SME’s and academic R&D groups in developing new wearable sensor applications that target this evolving market. A dedicated “wearable” developers team creates wearable sensor prototypes and proof-of-concepts which can be used for early customer testing or (clinical) patient studies. For innovative startup SME’s wearable demonstrators can be created, which typically serve as a first step to obtain funding from investors. Parameters that can be measured include activity, orientation and position of the body and limbs. Furthermore, vital signs such as ECG (heartrate, heartrate variability), temperature and optical pulse can be measured. Maastricht Instruments services range from concept to medically certified wearable sensor.

SME Roadmaps (MKB Roadmaps) was started in 2013 as an initiative of Limburg Economic Development and Maastricht Instruments. LIOF joined the consortium a year later. Currently, LIOF has taken up the program and it became part of the LIOF service portfolio. MKB Roadmaps 3.0 started in 2015.


7ads6x98y
We use cookies to ensure that we give you the best experience on our website. If you continue to use this site we will assume that you are happy with it.OkPrivacy policy